Could Your Office Be At Risk? 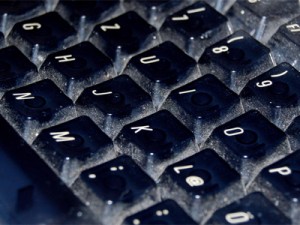 At EcoCare our main concern is keeping your building clean and free of bacteria and germs. Recently, a study published in The Independent Newspaper in the Health News column showed just how filthy an office can get and the effects it has on the employees in it.

Filthy office desks can harbor germs and which can quickly spread among co-workers. This may lead to an outbreak of sickness throughout the office and cause employees to take days off from work.

Multiple test done across the country on office supplies showed shocking results of these items showing poor levels hygiene. Germs were found in almost two-thirds of computer keyboards, while some even had mold growing underneath them. Phones and the tops of desks also had germs on them after analyzing swabs that were sent in by office workers.

Another test was preformed to see which workers were the dirtiest and the results showed that computer staff, lawyers and accountants were said to be the most unhygienic office workers in the country. A little over half of the office workers were not aware that bacteria could be lurking on their keyboards, phones and screens. Also, a overwhelming two-thirds of office workers admitted to eating lunch at their desks and not cleaning their workstation afterwards. Its not hard to imagine though a co-worker could have a full day of work so  is not easier to eat lunch at the desk and continue to finish the work?

After hearing results from test done in the office it is not hard to cringe at the thought of how unsanitary it can get. It is almost always hectic around an office and there is usually no time to clean, so why not hire some one you can rely on to do it? Not only does EcoCare clean but we use environmentally safe products that effectively get rid of bacteria and germs from all surfaces. So if you want your office to be clean, sanitized, and hazard free of chemicals for everyone that works in the building contact EcoCare to take care of all your cleaning needs effectively.